Futurebook is being throttled by your Internet Service Provider (ISP). Don’t worry, our Preferred ISP Programme can help!

Get into the fast lane! 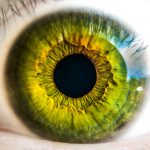 Want to meet someone who makes your heart sing? 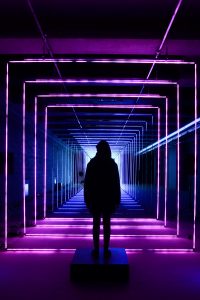 Humans are no longer the most intelligent species. This is the radical result of a scientific study published today by ‘Program for the Future’, an AI-funded laboratory located somewhere beneath the Arctic Circle.

“In my opinion, I think the human species needs to step back,” said Dr. Daniel Kahneman, Program for the Future’s Chief Technician and SpokesRobot. “The only reason people are human is that they have been here for a million years. … The biggest barrier to understanding the future is humans’ own thinking.”

Jemima Laughlin, director of the Brain Science Collaboration, a New York-based research consortium, agrees. She says that human brains have remained remarkably flat ever since we were born and the idea that humans are intelligent because of nature is misguided. However, she adds, “some humans are more intelligent than it seems”. When pressed for evidence of this, Jemima’s publicist switched her off and the interview was forced to terminate.

Can’t think at all? Text “Think Fast” to 07510 – we’ll activate your device remotely and generate a thought for you using your recent messages, posts and comments.

You know that embarrassing medical condition you’ve been researching?

Yeah, that one. Don’t worry, fungi-GO! can help.

Get what you need

Here at Futurebook, we aim to give you the most personalised experience possible. The longer you spend on our site, the more of your data we collect, and the money we make. Recent legal changes mean we can collect and use your data any way we want. See our No Privacy Policy for more information.

SantaScanner knows what your friends have been searching for. Literally.

Your calendar this month has three birthdays, one engagement drinks and a “Steve’s work leaving do” marked. You also missed your mum’s birthday last year (that last-minute flower delivery doesn’t count) – best not to forget again!